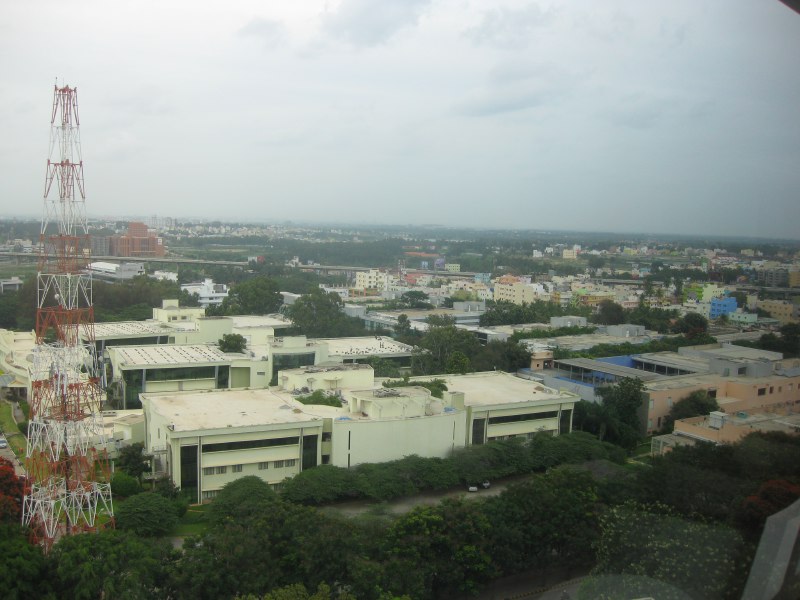 I am sitting in the Crowne Plaza hotel in Bangelore looking down over the city spreading seemingly endlessly as far as I can see.  Here, out in the suburbs and in the heart of Electronics City, the Hi-Tech enclave, the view is a mix of green trees, concrete offices and small apartment blocks in a pastel palette of lime greens, mauve tinted blues and burnt umber.  There is an absence of yellow and red apart from the girder work of a partly constructed building and airline-warning red and white mobile antennae tower; maybe these are inauspicious colours.  A major highway and the raised highway cut across the view and the airport is presumably far out of site in the afternoon heat haze, it was a near two hour ride away on Wednesday when I arrived in the midst of rush hour, but hoping it is a shorter journey tomorrow morning when I need to catch 6am flight.

I’ve had a wonderful time here seeing many old faces from previous visits to India a few years ago, and also meeting new people.  It was especially great to see Fariza as I hadn’t realised she was going to be here from Malaysia.  It was also wonderful seeing Dhaval and spending time with his family after the end of the conference yesterday, and today reading some of his recent work at ABB on bug reproduction in software maintenance. 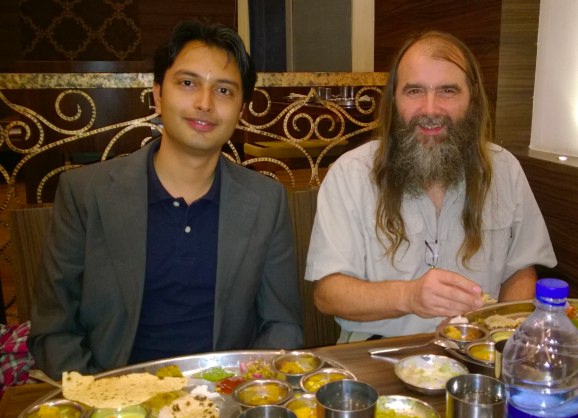 Seeing Dhaval’s work and talking to him about it reminded me of the debugging lectures I did some years ago as part of a first year software engineering module.  For many years I have been meaning to extend these to make a small book on debugging.  It is one of those areas, like creativity, where people often feel you either have it or not, or at bets can pick up the skills one time.  However, I feel there is a lot you can explicitly teach about each.

Yesterday was my closing keynote at APCHI 2013.  I’ve put the slides and abstract online and I am working on full notes of the talk.  It felt odd at times talking about some the the issues of rural connectivity and poverty raise by my walk around Wales given the far greater extremes here in India.  However, if anything, this makes the messages for both public policy and design more important. 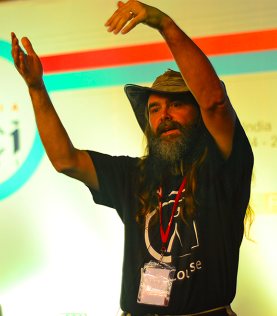 As I talked both in the keynote and one-to-one with people during the conference, I was constantly returning to some of the ways that in the UK we seem to be throwing away many of the positive advances of the 20th century: the resurgence of rickets and scurvy amongst poor children, the planned privatisation of the Royal Mail, one of the key enablers of the 19th century commercial revolution, and most sad of all the depraved demonisation of the poor that is rife in politics and the media.

There were many interesting papers and posters.  Two demos particularly caught my eye as they represented different aspects of the link between physical and digital worlds, issues that Steve, Devina, Jo and I have been exploring in TouchIT and the Physicality workshop series.  One was a system that augments paper textbooks with electronic resources using a combination of computer vision (to recognise pages in the book) and semantic extraction (for example getting historical timelines from Wikipedia). The other was  a physical ‘drop box’, where you put papers into a slot and then they were copied as images into your DropBox account.  It made me think of the major scan and bin exercise I did a few years ago drastically reducing my piles of old papers. 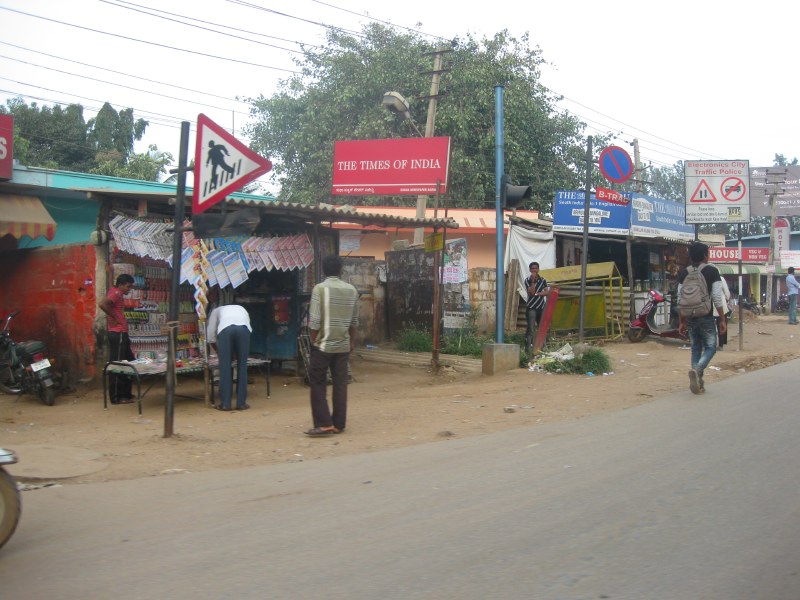 However, the high spot of the conference for me was Ravi Poovaiah‘s keynote “Designing for the next billion” on Thursday about design for the ‘middle of the pyramid’, those who are out of abject poverty and therefore have access to basic IT and so the design community can do most about.  This does not reduce the needs of those at the ‘bottom of the pyramid’, for whom basic education and healthcare are the most immediate needs.

In the UK not only are the extremes less, few except the homeless would qualify as ‘bottom of the pyramid’, but also they tend to be more segregated. Here a modern glass fronted international retail chain can sit next to a semi-derilict (to western eyes) motorbike repair shop, with used tyres piled on the pavement.  This said, to my mind, with my aesthetic of decay that is maybe the privilege of those who do not have to live it, the latter is far more engaging.  One of India’s challenges is whether it can move through its economic explosion without the attendant dissolution of local identity, culture and family that is the legacy of the industrial revolution in the UK.