Troedrhiwfuwch, known as Troedy locally, was once a thriving mining village in the Rhymney valley.  Then in the 1980s the whole village was condemned and abandoned due to fear of landslips and now only two houses and the war memorial still stand to mark this lost village. 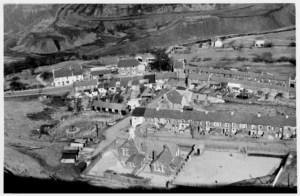 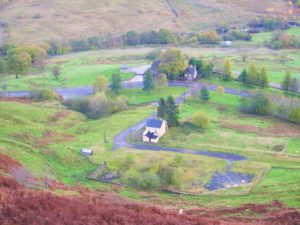 However, whilst lost on the ground, the community are still active most of which only recall the village from early childhood, or were born later and know it only from the stories of parents, grandparents, and others from the community.  There is a vibrant Facebook memories group where photos and stories are shared and also several members have been collecting photos, newspaper accounts and trawling through censuses and war records.

I’ve been working with the community for a few months partly funded by a Cherish-DE Knowledge Exchange.  We’ve been looking at how digital technology could help both preserve the legacy and also share it with visitors.

A central part of this has centred around the war memorial, partly because it serves as a tangible marker of the village where many gather each year on Armistice Day, and partly because the village sent so many young men in proportion to its size, more than one per household, many of whom never returned. 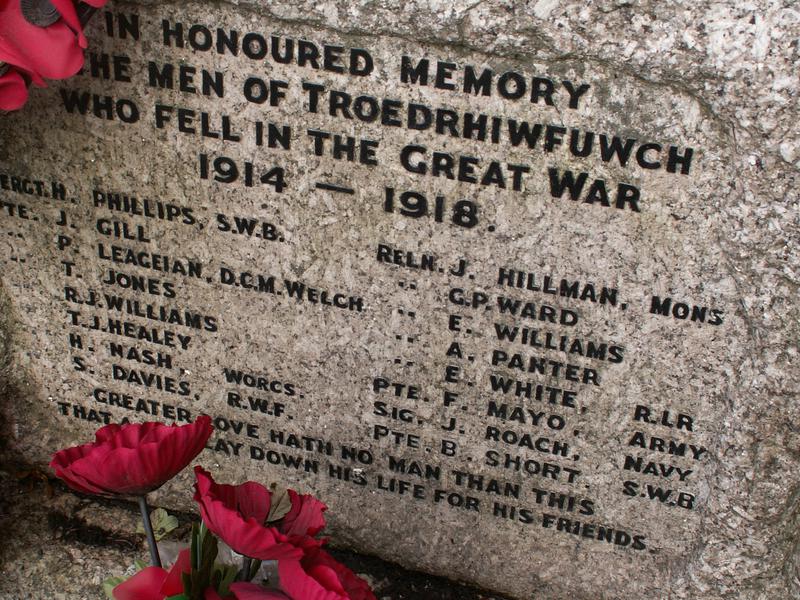 Until now all of our meetings have been remote.  We shared photographs, prototypes and stories and jokes, but all through the little windows of Zoom.  However, last Sunday I travelled through the quiet towns of mid Wales, up through the Brecon Beacons the kerbs lined with the parked cars of families enjoying the Bank Holiday sunshine, then back down into the Rhymney Valley and the tranquility of Troedrhiwfuwch.

Liz, Carys and Vince, who I’d been working with and together with a few others from the community the local councillor Eluned Stenner was there and also Lisa the Armed Forces Regional Officer.  They had already set up a tea, cake and biscuit station, complete with generator for the kettle – a combination of Valley’s hospitality and Vince’s army background in as an engineer meant we were well sorted.

I said ‘the tranquility of Troedrhiwfuwch’, but beside the War Memorial itself, it is anything but as the main valley road runs only feet away.  One of the worries that the community has had for many years is that the crowd gathering for the Armistice Day act of remembrance did so at very real risk of their own lives.  As soon as she saw this Eluned promised to ensure the road was closed for the next Armistice Day.

However, the tea table and second table covered in copies of many of the historic documents collected over the years, were in the Memorial Gardens, just a stones throw from the road and yet a haven of peace. 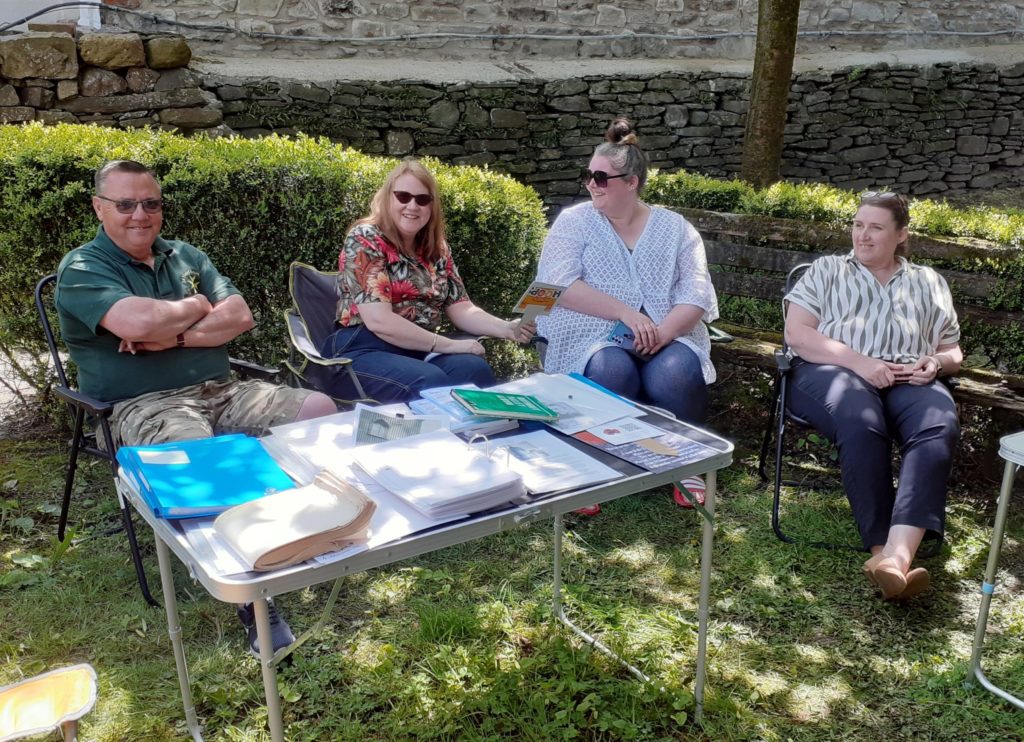 The Memorial Gardens are on the site of St Teilo’s Church, which also torn down with the rest of the village in the 1980s, although all the contents of the inside of the church have been preserved in a side chapel in St Tyfaelog’s at Pontlottyn. 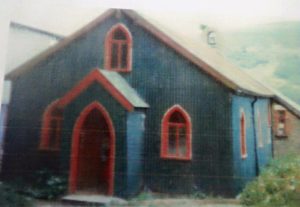 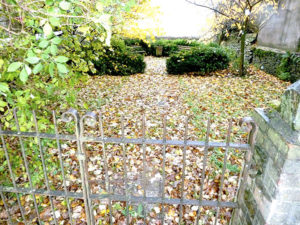 The aim is to plant a shrub with a memorial plaque for each of the war dead, several of which have no other grave, to both act as a location for their families to visit and also as a memorial more broadly for the village.

On the table of resources you can see a few mock-ups of plaques with QR codes that link to information about each person.  I’ve helped the community create these we plan make these contextual, so that, for example, a school group visiting can have information tailored to their age and curriculum. 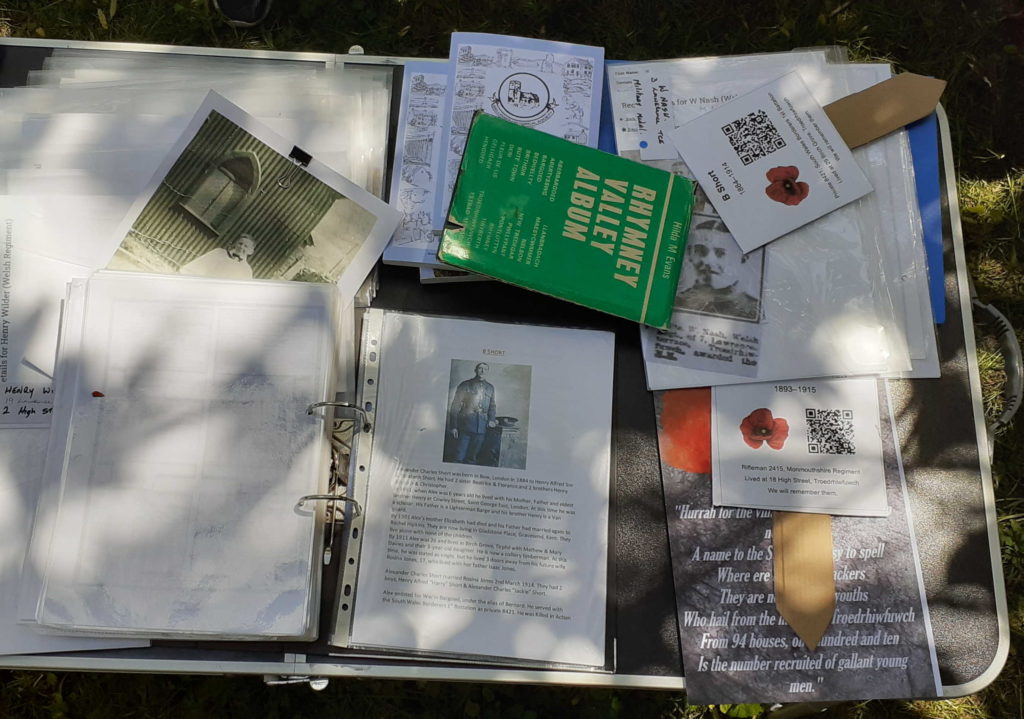 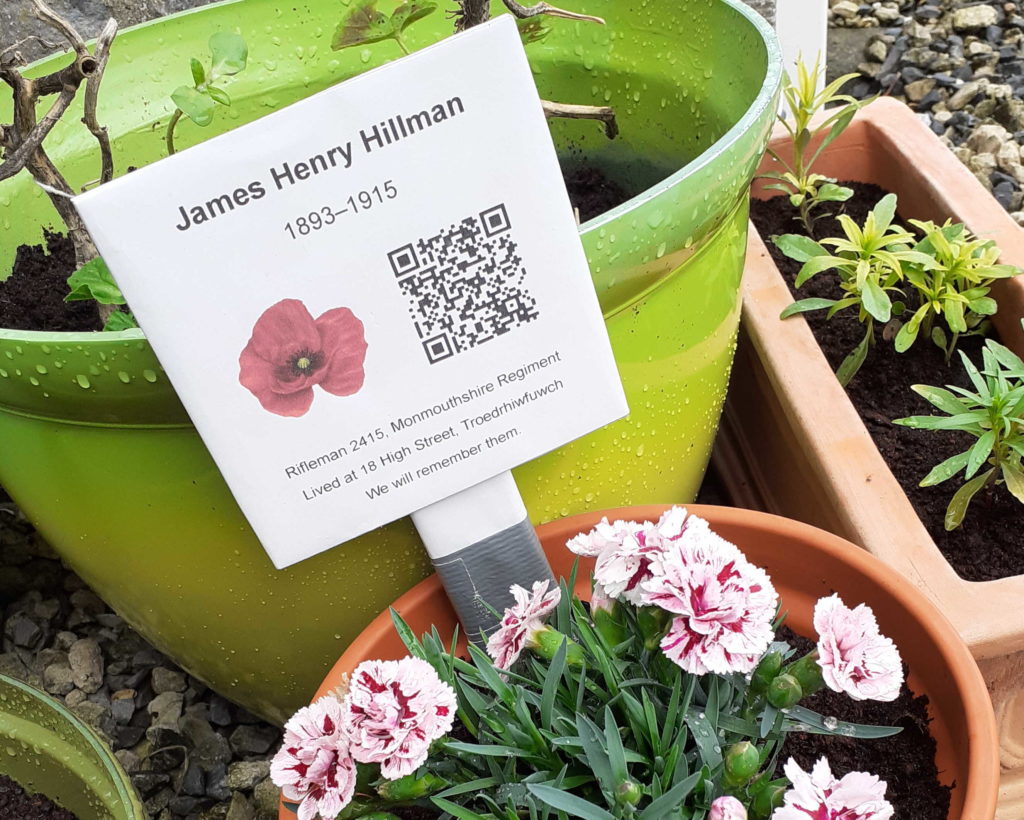 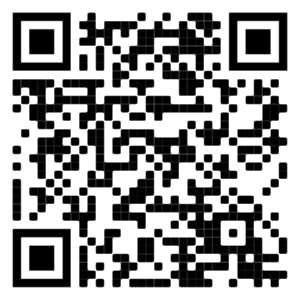 The discussions with Eluned and Lisa suggested various funds that the community could apply for to enable work on the gardens and refurbishing the war memorial.  The community is also named in a substantial research proposal that Swansea University submitted in March that also included St Fagans and partners in Cork – so croesi bysedd for that!

Irrespective of particular grants (although that will help!), we will continue to work together.  As the outsider the lost village is a fascinating story, and I am constantly amazed at the knowledge, enthusiasm, and dedication of the community team working on the Troedrhiwfuwch archives.  With my technologist/researcher hat on, I’m also thinking about the potential digital tools and methods that could enable other communities to more easily preserve and share their own memories and stories.

In terms of digital technology, the next steps will include more ways to help link the digital archives to the physical location, including geocoding pictures, rather like the Nesta-funded Frasan app I was involved wit on Tiree some years back. As well the links to the wordd wars, the village is connected to human stories of industrial change, migration, sport, not to mention the geological features underlying the ‘moving mountain’, which eventually caused its demise.

In addition, there is less visible, but perhaps in the long term more critical, ‘back stage’ work in helping to connect and annotate the various photos and documents in the archive — linking stories to the objects.  Although the domains are rather different, I expect this aspect to intersect with work on democratising digitisation in the AHRC InterMusE project and also connect to other disciplines across Swansea University. 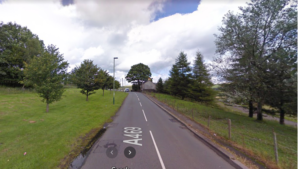 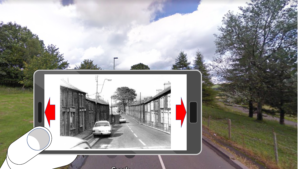