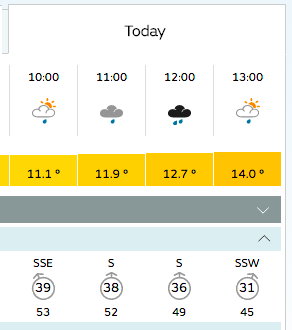 A few weeks ago, I gave a panel presentation at the ARMA conference in Liverpool — however, this was my last official duty with a Talis hat on.

Talis is a small employee-owned company, and maintaining a research strand has been far sighted, but unusual. After a period focusing more in the development of new products, Talis is shifting to a phase when every resource should be focused on delivery … and hence long-term research, and my own role in the company, has had to cease.

Talis has been a wonderful place to work over the past seven years, both the individuals there, but also, and crucially important, the company atmosphere, which combines the excitement of a start-up, with real care and sense of community.   So if you spot posts advertised there, it is a great place to be.

Talis was my principal regular income, as my academic role at Birmingham has only been 20%, so long-term I need to think about whether I should increase again my academic time, or do other things. I have been very fortunate never having previously had a time without regular income, so this is a new experience for me, although, of course, common.

Over the past few years, I have kept some time ‘unwaged’ for other projects (such as walking round Wales!) and occasional consultancy, and my to do list is far from empty, so this summer and autumn I am intending to spend more time writing (yes TouchIT will be finished, and editing the Alan Walks Wales blog into a book), picking up some of the many half-finished coding projects, and doing videoing for Interaction Design Foundation