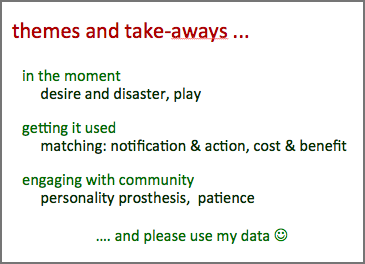 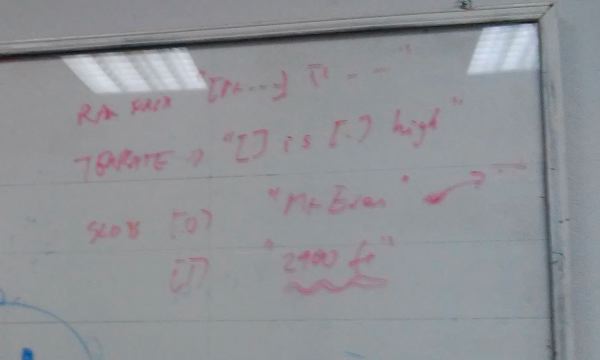 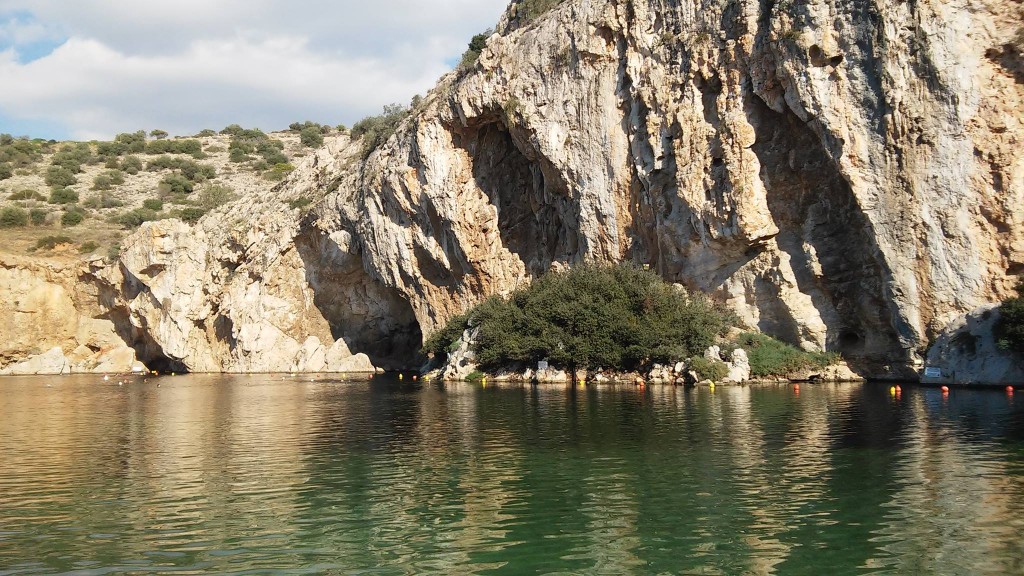 Writing at Glasgow airport waiting for flight home after nearly whole month away. I have had a really productive time first at Talis HQ and Lancs (all in the camper van!) and then visits to Southampton (experience design and semantic web), Athens (ontologies and brain-like computation) and Konstanz (visualisation and visual analytics).

Loads of intellectual stimulation, but now really looking forward to some time at home to consolidate a little.

During my time away I managed to fall downstairs, bleed profusely over the hotel floor, and break a tooth. My belonging didn’t fare any better: my glasses fell apart and my sandals and suitcase are now holding together by threads … So maybe safer at home for a bit!

I’ve given a number of talks over recent months on aspects of physicality, twice during winter schools in Switzerland and India that I blogged about (From Anzere in the Alps to the Taj Bangelore in two weeks) a month or so back, and twice during my visit to Athens and Tripolis a few weeks ago.

I have finished writing up the notes of the talks as “Touching Technology: taking the physical world seriously in digital design“.  The notes  are partly a summary of material presented in previous papers and also some new material.  Here is the abstract:

Although we live in an increasingly digital world, our bodies and minds are designed to interact with the physical. When designing purely physical artefacts we do not need to understand how their physicality makes them work – they simply have it. However, as we design hybrid physical/digital products, we must now understand what we lose or confuse by the added digitality. With two and half millennia of philosophical ponderings since Plato and Aristotle, several hundred years of modern science, and perhaps one hundred and fifty years of near modern engineering – surely we know sufficient about the physical for ordinary product design? While this may be true of the physical properties themselves, it is not the fact for the way people interact with and rely on those properties. It is only when the nature of physicality is perturbed by the unusual and, in particular the digital, that it becomes clear what is and is not central to our understanding of the world. This talk discusses some of the obvious and not so obvious properties that make physical objects different from digital ones. We see how we can model the physical aspects of devices and how these interact with digital functionality.

After finishing typing up the notes I realised I have become worryingly scholarly – 59 references and it is just notes of the talk!